Facebook Growth Plateaued in 2014, but the Sky Isn’t Falling

Earlier this month, Pew released the results of a September 2014 survey gauging the social media habits of Internet users. In a bit of a shocker, Facebook appeared to fall behind its competitors in terms of yearly growth for the first time. While Facebook is still the top dog overall with 71% of Internet users among its ranks (LinkedIn and Pinterest come in tied for second with 28% each), Mark Zuckerberg’s social network didn’t see any overall growth compared to 2013. In the ever-changing world of social media, this lack of growth seems to spell certain doom. A closer look at the results of the Pew Survey though, reveals that Facebook won’t be falling off the top of the mountain anytime soon. 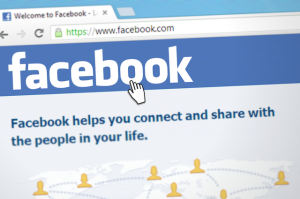 According to Pew, among American adults who regularly use the Internet, competing platforms such as LinkedIn, Pinterest, Instagram, and Twitter all saw increased growth but continued to lag far behind Facebook in overall usage. With the aforementioned 71% of Internet users on Facebook, Facebook’s usage numbers still tower over the next most popular social media sites (LinkedIn and Pinterest, both at 28%).

So while it is easy to look at Pew’s survey and write off 2014 as a down year for Facebook, things are not so clear-cut when you dig deeper into the engagement numbers. Facebook is seeing a steady increase in visitor engagement even if their overall sign-ups have slowed. For example, fully 70% of its users engage with the site daily, a significant increase over the 63% that engaged daily last year. Another positive growth area for Facebook is with seniors 65 and over. For the first time, more than half (56%) of Internet users aged 65+ use Facebook. This is great news for the strength of the Facebook advertising platform in 2015 and beyond. Without regular daily user engagement, your social network loses power from a marketing perspective. In 2014, Facebook had engagement in spades while other social networks struggled to keep up.

One recent example that demonstrates how lack of engagement can be a social network killer: the social network Ello. Ello made a splash at launch in August 2014, dubbing itself the “anti-Facebook” with a minimalist design and a commitment that the site would never sell advertising. While the network gained press and early buzz at launch due to its unique look and exclusive invite-only launch strategy, their engagement has not kept up with the avalanche of early sign-ups. According to business intelligence company RJMetrics, a scrape of Ello in October found that 36% of users had never posted and only 27% had posted more than three times. Additionally, Ello’s unique visitors dropped from 275,000 in October to 125,000 in November. Of course this doesn’t mean that Ello will never catch on, but it just goes to show that a quality social network is not determined by how many people sign up every month, but how many people use the site every day. And by that metric, Facebook has only continued to grow.

So you might be asking, what does all of this mean for Chair 10 Marketing and our clients? I’m glad you asked. We believe in the power of social networks, both from an organic branding and awareness perspective as well as in terms of lead generation through paid advertising. If your customers are spending time on Facebook, LinkedIn, Pinterest, and Twitter then it makes sense to find them where they already are. This is why we offer and continue to champion social networks as an integral part of a solid Internet marketing plan. If you are interested in reaching the over 70% of all Internet users who use Facebook, drop us a line today. We can help you reach the audience you’re looking for, wherever they are.

February 27 / Emma
Contact us today to learn more about our digital marketing services!
Learn more
Back to top