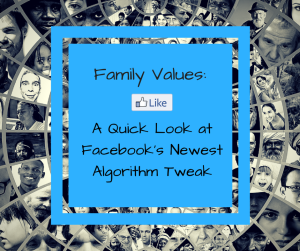 Facebook, much like your rich aunt who keeps unnecessarily remodeling her perfectly fine house, is once again making changes to their industry-leading social media platform. Zuckerberg and his minions dropped their latest update on the unsuspecting Facebook community earlier this summer. Making the announcement, Facebook’s VP of Product Management Adam Mosseri discussed the importance of accurate newsfeed rankings, revisited the platform’s core values, and rushed to reassure readers that despite the constant introduction of new algorithm tweaks no one asks for, we the people really are still in charge.

Here’s a look at what the newest algorithm does, what it doesn’t do, and what it all means for brands who have Facebook as part of their marketing strategy:

Facebook has become the first stop for brands looking for ways to reach out to both new and existing consumers. Between boosted posts, sponsored posts, and targeted ads that are now taking increasingly creative forms (not to mention the ability to use increasingly narrow parameters to create very specific audience lists), Facebook is a veritable wonderland for enterprising marketers. That, according to Facebook, is actually the problem. Facebook decided that all those posts from random Pages were mucking up users’ newsfeeds. After all, “Facebook was built on the idea of connecting people with their friends and family,” right?

To help push the friends-and-family connectivity aspect of the platform, Facebook tweaked their algorithm to prioritize posts from the people in users’ inner circles. Instead of seeing that new recipe from the paleo site you “liked,” you’re going to see video from your cousin’s kid’s ballet recital. The theory is that you’ll be able to stay up to date on what our friends and family are doing rather than trying to claw out from under Page posts just to catch up with your buddies.

What it Means for Marketers

In short, expect your reach to decline. Facebook has set it up so that Pages can easily downward spiral their way to being a total non-entity. People have to interact with brand posts in order to keep seeing posts, but if this new algorithm keeps them from seeing the posts they need to like… you can see where the entire system gets a little dodgy. Thus far, Facebook has been a massive tool for driving traffic. The platform is responsible for 41.4 percent of the traffic to news sites, more even than Google (which sits at 39.5 percent), but that trend has been under threat from repeated algorithm changes for some time now. The bottom line: if you want to keep using Facebook to drive traffic to your site, you’re going to have to rethink your strategy. 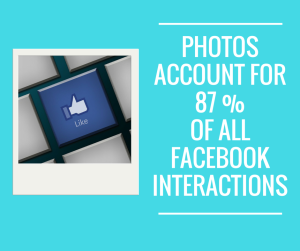 Making Do – Where Marketers Can Go From Here

Part of piggybacking off the built-in audience on a social media site like Facebook is understanding that you’re at the mercy of that platform. Facebook is making organic reach all but impossible, so time to be more strategic:

What’s your take on Facebook’s most recent change?

Landing Page 101: How to Optimize for Maximum Performance

July 28 / Clare J.
Contact us today to learn more about our digital marketing services!
Learn more
Back to top